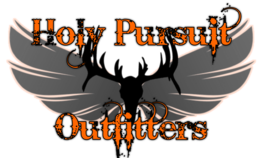 Garrett was born and raised in Morgantown, West Virginia. He grew up in an archery shop that his family started from the ground up; that is where his passion for archery and hunting began. He started hunting at the age of 5 and competing at the age of 11. Always dreaming of competing professionally and traveling the world to hunt has been something that's driven him to the point of getting one step closer by going pro at the age of 18. Now at the age of 22, traveling the country, competing against the best archers in the world, Garrett gets to spend his off season pursuing his dream of hunting the world. It will be an amazing journey while doing his best to film every minute of his time in the woods. So, needless to say, at his young age he is beyond blessed by God and could not be thankful enough for everything and every chance He has given him.

Eddie Salter began hunting at the age of eight near his home in Evergreen, Alabama. After learning turkey-hunting techniques from his father and grandfather, Salter called-in and harvested his first gobbler at the age of 10. Salter began participating in competitive turkey calling and amassed an impressive list of titles, including seven Southeastern Open Turkey Calling Championships, six Alabama State Championships and two World Open Championships. Named one of the top-10 sportsmen in the U.S. in 1986 and 1989 and with almost four decades of turkey-hunting experience, Salter is recognized as one of the country’s leading authorities on turkey hunting. He’s appeared on ESPN, TNN, The Outdoor Channel and ABC’s 20/20 TV show and in numerous hunting videos and television commercials for Hunter’s Specialties and has been featured in many outdoor magazine articles and radio interviews.